via fetchrss.com The next event is:
FESPA 2022 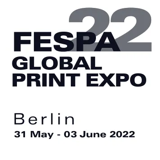 Article Brief Description:
Frequently Asked Questions about the transition to Apple silicon/processors/chips in their Mac range of computers

Apple officially announced at their WWDC online virtual event on 22nd June 2020 that they were going to transition to using their own hardware processors (which are ARM based) in their Mac range of computers instead of using Intel processors.

Q. Why is Apple transitioning to their own processors instead of using Intel's?

A. Apple stated that it is "to deliver industry-leading performance and powerful new technologies" that will "also establish a common architecture across all Apple products, making it far easier for developers to write and optimize their apps for the entire ecosystem", but there will also be the significant factors of "overall control", "costs" and "profit".

Q. When are the first Apple Mac computers being released with Apple's own processors?

A. Apple announced and launched the first Apple Silicon Macs on 10th November 2020. Macs that are available with Apple's own silicon include:

Q. Will all Apple Mac computers, including the Pro models, ultimately be upgraded to use Apple's own processors?

A. Yes. Apple stated that they aimed to "complete the transition in about two years" i.e. by the end of 2022.

Q. Will Intel's Thunderbolt technology be supported with new Apple processor based Macs?

Q. Will new Apple processor based Macs be cheaper than current models?

Q. When can developers start building applications for Apple processor based Macs?

A. Yes, but… † - Microsoft stated on 10th September 2021 that running an ARM version of Windows 11 on M1 Macs is "an unsupported scenario".
NOTE: Some Windows applications can be run directly using Codeweaver's CrossOver - version 20.0.2 or later is supported on Apple Silicon Macs.

Q. What have Parallels said about virtualisation on Apple Silicon Macs?

Q. What have VMware said about virtualisation on Apple Silicon Macs?

A. VMware tweeted on 10th November 2020 - "While we're not quite ready to announce our timeline, we're happy to say that we are committed to delivering VMware virtual machines on #AppleSilicon!".
A. VMware Fusion manager Michael Roy tweeted on 9th September 2021 that VMware Fusion was now available as a "Private Tech Preview" for M1 Macs.

Q. What have Microsoft said about virtualising Windows on Apple Silicon Macs?

A. In December 2020 Microsoft began offering a version of ARM based Windows through the Windows Insider Program - but note that there is currently no public version of ARM based Windows available to be purchased by consumers/businesses. Microsoft announced in a blog post on 30th September 2020 that they are working on getting Windows 10 running on ARM including x64 app emulation, so there is hope. Microsoft have a useful online FAQ about running the ARM version of Windows. MacWorld also posted a good article on 11th February 2021.

Q. Can I run any iOS/iPadOS app on an Apple Silicon Mac?

A. Yes, but the software developer has to make that app available via the Mac App Store to easily download it and install it. Otherwise you will need to use a third-party utility (like iMazing) to download the correct IPA file to run - even then, remember that app was originally designed for an iPhone/iPad with a touch screen so it may not work perfectly and Apple may put restrictions in place to prevent you doing this in the future. As of 15th January 2021 Apple has stopped this from working.
A. It has been reported that running App Store iOS apps requires that System Integrity Protection (SIP) is enabled.

Q. Will applications built for Macs with Apple processors work on older versions of macOS?

A. Mostly, yes. Apple has created a new Rosetta 2 technology that allows for Mac Intel based applications to run on Apple processor based Macs - older, plain vanilla applications (but not too old as to be 32-bit) should run. But not all applications will run:

Q. Do I have to do anything special to get applications built for Intel processors to run on new Apple processor based Macs?

Q. Will plug-ins work on new Apple processor based Macs?

A. This can affect creative users especially those involved in graphics, video and music. As before with previous transitions, old plug-ins may not work in native or Universal 2 binary compliant applications on Apple processor based Macs - they may have to be updated to work properly. Apple has stated "With the translation technology of Rosetta 2, users will be able to run existing Mac apps that have not yet been updated, including those with plug-ins", so it remains to be seen how well Rosetta 2 copes with these technologies.

Q. If I have a Universal 2 binary compliant application but still need to run the Intel version via Rosetta 2 to use old plug-ins, is there a way to do this?

A. Yes. Locate the Application in the Finder > go to File menu > Get Info > TICK the "Open using Rosetta" box.

Q. How can I tell if an application is 32-bit, 64-bit, Intel, Universal 2 Binary or Apple Silicon only?

A. We recommend using Uni Detector which is free on the Mac App Store

Q. Will Serif's application suite be made compatible with new Apple processor based Macs?

A. Yes. Serif announced and launched Apple Silicon compatible universal 2 binary versions of all three applications on 13th November 2020 one day after macOS 11 Big Sur was made available!

Q. Will Microsoft Office be made compatible with new Apple processor based Macs?

Q. Will Adobe Creative Cloud be made compatible with new Apple processor based Macs?

Q. Is anyone keeping track of applications that are compatible with the new Apple processor based Macs?

A. Yes - there's an Is Apple silicon ready? web site.

Q. Are there specifically different ways of doing some things on the new Apple processor based Macs compared to the older Intel based Macs?

A. Yes - there's a good article on MacWorld's web site. Some of those key differences along with additional points are listed here:

Q. How do I use Mac Sharing Mode?

A. Connect both Macs with a USB-C or a Thunderbolt cable > boot to macOS recovery > select Options > Utilities > Share volume > you can then transfer data - you will need to authenticate with an admin account/SecureToken User that is on the host Mac.