via fetchrss.com The next event is:
CES 2022

If you are in the United States of America (USA) Amazon.com has a special iPhone trade-in program

Q. When are the iPhone 8/8+ European launch dates?

Q. What models are available?

Q. What's the difference between the iPhone 8 and iPhone 8+?

Q. What are the primary new/upgraded features of the iPhone 8 compared to the older models?

Q. Is the iPhone 8 still splash, water, and dust resistant?

Q. Does the iPhone 8 come with a 3.5mm headphone jack?

Q. What colours is the iPhone 8 available in?

Q. What storage capacities is the iPhone 8 available in?

Q. What are the system requirements for using an iPhone 8?

A. The following are required:

Q. iPhone 8 supports 4G/LTE in other countries outside of the USA. Can I take advantage of this in Europe?

A. Yes. The iPhone 8 now supports 23+ LTE/4G bands including those used in Europe.

Q. Does Apple have their own wireless charger? 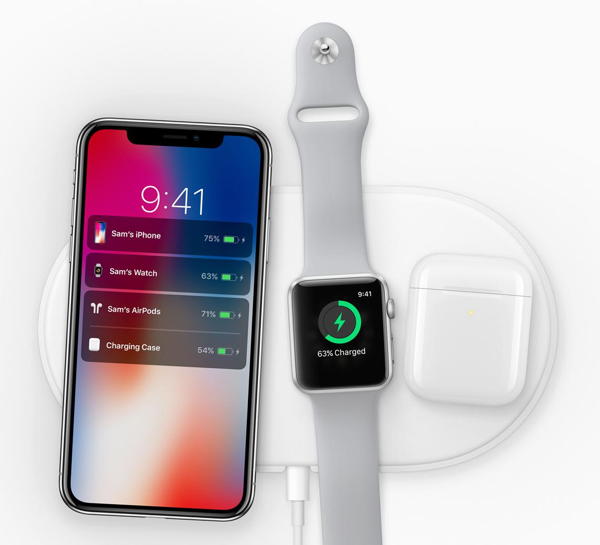 Q. Do I have to use Apple's own wireless charger?

A. No, wireless charging uses the Qi standard so any official Qi compatible charger should charge the iPhone X. Examples include:

Q. The iPhone 8 only comes with a "Lightning" connector and no 3.5mm audio out socket - can I still use older headphones/earbuds/audio devices that have 3.5mm connector?

A. Yes. The iPhone 8 comes with a Lightning to 3.5mm audio connector adaptor in the box which allows you to still connect older headphones/earbuds/audio devices to the iPhone 8 - however, you cannot use an older audio device and charge the iPhone at the same time.

Q. The iPhone 8 comes with a "Lightning" connector. Can I still connect it to my computer/older devices?

A. Potentially, yes. The iPhone 8 comes with a Lightning to USB connector cable in the box which allows you to connect the iPhone 8 to your Mac or Windows PC. If you need compatibility with other devices you may need one of the following products:

NOTE: The Lightning to 30-pin Adapter is not compatible with everything. Apple states "This adapter lets you connect devices with a Lightning connector to many of your 30-pin accessories. Support for analog audio output, USB audio, as well as syncing and charging. Video output not supported."

Q. Are older models of iPhone still available to buy?

A. Yes. The iPhone 7/7+, 6s/6s+ and SE are still available to buy (some models are now available with upgraded storage capacities):

Q. What mobile frequencies does the iPhone 8 support?

A. See this article.

A. 3D Touch is a touch screen that is pressure sensitive so the harder your press different things will happen - for a visual guide, watch this WWDC 2016 video (Safari only).

Q. Can the sensitivity of 3D Touch/Force Touch by changed?

A. Yes. Go to Settings app > General > Accessibility > 3D Touch and adjust the sensitivity as required. It can also be turned fully on or off here too.

Q. Does the fingerprint identity sensor system store images of my fingerprint?

A. Apple has officially stated that the iPhone doesn't store actual images of users' fingerprints on the device only fingerprint data which is encrypted within the processor. Third-party applications cannot use the scanner facility. Those who wish the use Touch ID also have to create a passcode as a backup. Only that passcode (not a finger) can unlock the phone if the phone is rebooted or hasn't been unlocked for 48 hours. This feature is meant to block hackers from stalling for time as they try to find a way to circumvent the fingerprint scanner. See Apple's official tech note on the subject.

Q. What version of iOS does the iPhone 8 come with?

A. It comes with iOS 11 and also includes the following apps free: Photos, iMovie, Pages, Numbers, Keynote and Garageband.

A. Physically it's quite large but Apple have a created a software feature called "Touch Assist" that when activated groups icons towards the bottom of the screen within easy reach for even those people with small fingers and thumbs.

Q. I've heard that Siri is always listening to what you say ("Proactive Siri"). Is this true and can this "feature" be switched off?

A. Yes it's true - Siri listens out for you to say "Hey Siri". Apple have officially explained how this works to TechCrunch but basically "Hey Siri" is an optional feature that a user must opt into during the iPhone's setup process, nothing is actually recorded until Hey Siri is activated and you can also train Siri to identify your voice and not other people saying "Hey Siri". It was originally introduced with iOS 9 so it is a software setting - go to Settings app > General > Siri > if Siri is turned on you have the option to toggle Allow "Hey Siri" ON/OFF.

Q. Is the iPhone 8/8+ compatible with the new wireless AirPods?

Q. Are there official Apple cases and docks available for the iPhone 8?

A. Yes - they are available from the Apple Store.

Q. I've heard something about AppleCare+. What is it?

A. AppleCare+ is available to buy in Europe. It includes an extra year of warranty (a total of 2 years) and up to two incidents of accidental damage from handling, each subject to an excess fee.

Q. I've heard something about an official iPhone Upgrade Program from Apple which, if I pay monthly, gets me a new iPhone when it is released. Is this service available in the UK?

A. Yes. The program has now launched in the UK - see this Apple page for official information. It's already available in the USA and is also now available in China.

Q. I don't want iOS 11. Can I install/run an earlier version of iOS?